If you ever find yourself wondering why there are so few little walk-up apartments in Toronto — of the kind that are absolutely commonplace all across Montreal — you can look to history. “In May 1912, the city declared a full-scale ban on apartment buildings in residential neighbourhoods,” writes Emma Abramowicz in an essay in the new anthology House Divided from Coach House books, which examines the affordability crisis in housing in Toronto. In the 1960s, she writes, planners cemented this occasionally overlooked rule by making preservation of the character of stable residential neighbourhoods a key goal.

This separation between “residential” zones and places where you can develop meaningful new housing has been preserved in the recent zoning and Official Plan changes, other essays in the book make clear, which allow apartment construction pretty much along main streets only, or in new neighborhoods on former industrial or rail lands. That’s why we see so many sky-high condos springing up clustered in certain areas, and so few triplexes or four-storey walk-up apartments anywhere.

The authors and editors of House Divided, on the whole, make the argument for just that kind of development as not only worthy of allowing, but essential to encouraging. Planner Gil Meslin outlines the benefits of these low- and midrise, “neighborhood-scale” apartment buildings: They are permanent as available rentals, not subject to the family whims of in-law suites or basement apartments; they help preserve affordability in upscale and gentrifying neighborhoods; they fit in architecturally even while allowing a relatively high number of people to live in a space. Those things — and the increased population they can bring to an urban neighborhood — make an area a better place to live. They make parks lively, populate schools, support a thriving local retail streetscape.

And yet they are all but impossible to build. Anthology co-editor and Globe and Mail architecture critic Alex Bozikovic details an award-winning design by German architects for affordable, well-designed 11-unit, four storey buildings that can fit on the same size lot as a large single-family home. They look great, and easy to build. Yet Bozikovic then explains how the regulations in place in Toronto would make it virtually impossible and completely impractical for a developer to try to put one in Toronto — even on a corner lot across from highrise apartments a short walk from a new LRT line in Scarborough.

That’s part of the “where” question central to the book’s arguments. If low- and midrise walk-up apartments (and duplexes and triplexes) are the form they argue should be allowed, the location they have in mind is vast: the city’s “yellowbelt,” the area (more than twice the size of Manhattan) that is zoned exclusively for detached single-family residential dwellings. According to book’s authors, if you added just one duplex per hectare in the yellowbelt you could house an additional 45,000 people. The potential extends beyond the city’s immediate borders: John Lorinc reports in his introduction on a report estimating that Mississauga could house 435,000 new people just by allowing low- and medium-density infill development in established neighborhoods.

And the thing is that while Toronto and its region’s population have been growing quickly (far faster than the housing supply), these “stable residential neighborhoods” have been shrinking — actually losing population as people have fewer children, as seniors age in place in big old houses, more single people live alone, and as gentrifiers convert rooming houses into family homes. Bringing residential population density back up to mid-20th-century levels wouldn’t just ease affordability, it would revitalize neighborhoods and make serving the residents with top-notch public services and facilities more efficient.

At this point, the big hurdle seems to be an obsession with “prevailing character” — the assumption by existing residents and officials and the regulations they write is that somehow a small apartment block will destroy a neighborhood. But when you look at the existing triplex and small apartment blocks that are scattered around the city (on High Park Ave. or Roncesvalles near High Park, Brunswick or Palmerston near the Annex, on Donlands in East York or Vaughan Rd. north of St. Clair, or on Midland Ave. near the Scarborough Bluffs, just to cite a few examples) what you see is they fit in fine. All of these are pleasant — mostly very desirable, actually — places to live. And the character of those places is enhanced by the presence of those apartments. It seems to me every residential street in the city could use one or two little apartment buildings.

The book is careful to note that this isn’t some silver bullet for affordability. Lorinc writes “zoning reform is necessary but not sufficient.” Supply isn’t going to solve affordability all by itself. And to that end, there is some discussion of social housing, especially of Vienna where two-thirds of the population lives in publicly subsidized housing and the city tops global livability rankings. But walk-up buildings in the yellowbelt could be part of a social or charitable housing component to the solution, too.

In a city where current regulations encourage developers to go big or go home, House Divided makes a compelling argument that the city should invite them to go smaller and give us more homes. 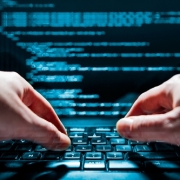 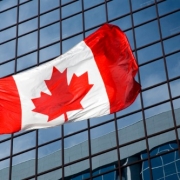 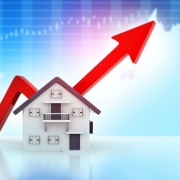 Housing market still set for a "big year" despite gloom 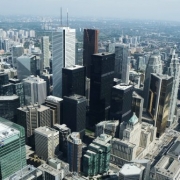 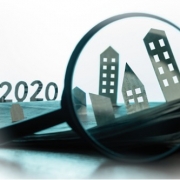 These are Toronto's most appreciated and depreciated neighbourhoods

Toronto Home Sales Have Dropped Off a Cliff, But Don’t Expect Prices Too
0 replies